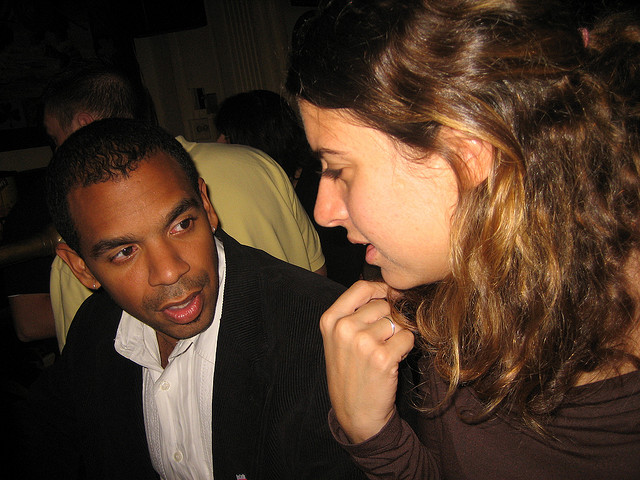 I would like to take you back into a quick journey through time. To a time long ago…when man knew how to naturally attract women. A time when things were far less complicated than they are now, and a time when it was normal for men to attract women. Yes, I am talking about a time before the pick-up community was founded. Before “The Pickup Artist” was a world-wide show and guys were walking up to girls with weird pick-up lines, fake earrings, goofy hats, and ridiculous outfits. A time when a man would walk up to a girl and just be normal. Ah yes, these were the glory days.

The “Community” is great for many reasons. There are a lot of cool and informative dating coaches within it whom I believe do a lot of good for a lot of different people. However there are also a lot of fools and pretenders within it as well. A lot of misinformation is being regurgitated around the internet as if it were pious rhetoric. Made up “theories” about how to attract women are being told and costumes and pick-up lines and routines have been taught to countless groups of naïve men. I want to set the record straight, pick-up lines and routines do not work. They are old, unoriginal, and ineffective. Women can see through them from a mile away, and will automatically look at you as if you are a fool; because if you use them you are a fool.

Women want men to be honest with them. One of the biggest turn-offs for a woman is when a man lies. She automatically has her guard up when a stranger approaches, but when a stranger approaches her and then blatantly lies to her, her guard goes way up. She knows that you are reciting a made up story. Women are very intuitive. She knows that you are not being original when you say some clever line that the latest and greatest pick-up artist concocted in his sleep and revealed to the world on Youtube. She is not only thinking you are a fool, but thinking about how she can get rid of you in the fastest way possible.

Instead of using made up lines and stories just be either direct and tell her why you approached her. Or be indirect for a split second and just ask her a basic question. Something that two normal people might ask each other, not the opinion of hers on a bizarre topic like “who lies more guys or girls?” When I first started out, this was one of the pick-up lines that I often tried because I heard it was so effective. Well, after much in-field data, I can honestly say save yourself the embarrassment of using this line…It does not work.