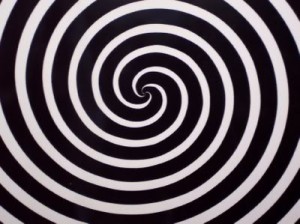 There exists a fifth dimension, beyond that which is known to man. It lies between the pit of Man’s fear and the summit of his imagination. It is an area between light and shadow, between science and superstition. It is an area which we call…The Friend Zone.

Ah, yes, the elusive and mysterious, and often dreaded Friend Zone. The area where Man’s dreams come to a crashing and abrupt end. It can happen without warning or come on gradually over time. No matter what, it’s typically an area that men would do anything to avoid. However, it can have a strong gravitational pull, somewhat like a black hole, and actually suck a poor, hapless individual in, leaving nothing but regret and agony.

So what is it exactly and how can we stay away from it. Well, let me first explain precisely what we’re dealing with here. The Friend Zone is the place that guy’s get “put” into by women who would rather be friends with them, as opposed to lovers. The Friend Zone is a purgatory of sorts, or no-man’s-land, where a man, who wants a sexual relationship with a woman, will involuntarily be placed.

For one reason or another, a man will be positioned into this no-man’s-land by a woman, and his chances of having sex with her will decrease astronomically. The woman, for any particular reason, sometime after meeting him, makes up her mind that he is not a potential mate, and then shuts off any attraction switches that may have been flickering for him. After this, she thinks of him at best, as a friend, and at worst, as a creep. And everything in between these two nouns is all the man will ever be in her eyes. What he will not be, is a partner, lover, or husband.

It happens all too often. A man meets a woman, finds her very attractive, wants to pursue some sort of relationship with her, but doesn’t quite know how to go about doing this. He tries a few different things that he’s heard, but ultimately they don’t work. He doesn’t effectively attract the woman and soon (over a brief period of time) she looks at him as more of a friend. Just after this, she labels him as being “just a friend” and actually places him in that Friend Zone, and completely doesn’t see him as ever being a potential partner. It effectively ends for the man at this moment in time.

So what I’m going to do, is give you 5 ways to immediately keep yourself from heading into this Friend Zone black hole. So now, you won’t have to worry about ruining your chances with someone that you really like. The next time you meet a woman whom you think could be more than a friend make sure you do these 5 things:

1. Don’t be afraid to show interest
Oftentimes, guys will do everything they can to pretend that they are not interested in a woman. They will not compliment her, or tell her that they are attracted to her, and may even avoid the woman completely to feign disinterest. It’s okay to play it cool, at times, but this is a very fine line to walk. Don’t overdue this like a lot of guys end up doing. Eventually, you must show interest and let her know how you really feel about her!

2. Make a move…ask her out!
If you want to date a woman, you must ask her out on a date. Simple enough right? Not for everyone. Guys will often hesitate too long, or even not have the “guts” at all, to ask a woman out whom they like. They can build all sorts of attraction, but when it comes to putting themselves out there, they often fear being rejected and will sometimes avoid ever making a move. This is the worst.

3. Get flirty
Being flirtatious with women definitely characterizes you as someone who she can think of as perhaps being her lover. Guys who never flirt, or don’t really know how to flirt with a woman, are the guys who are constantly being put into The Friend Zone. In fact these guys, unfortunately, often reside in this area, and tend to get comfortable in this domain. These are the guys who need the most coaching.

4. Get sexual when the time’s right
Similar to Number 2, getting sexual entails that you make a move when the time comes. Some guys have everything down, attraction, comfort, flirting, making an initial move (asking her out), but when the time comes to escalate, and get sexual, they freeze. Maybe because of inexperience or maybe because of insecurity, they balk, and then lose their opportunity to progress with the woman. Instead of moving ahead, they may actually (and often do) completely blow it with the woman, and end up kicking rocks in The Friend Zone.

5. Don’t be needy/too nice
The final thing you can do to ensure that you stay far away from The Friend Zone, is to not be too needy. Please check out my previous articles about being needy, if you would like to understand this premise a bit more. But being needy with a woman or being overly nice to a woman will always lead to trouble. It comes off as not being genuine, and it makes you look like the insecure and desperate man that you probably are. Neediness kills attraction and almost always sends you on a one-way-trip to Palookaville. Avoid it at all costs.

Next time you meet someone you like, follow these 5 tips, and keep yourself as far away from The Friend Zone as possible. It may try to suck you in, with its strong, universal pull, but heed this advice, and you will be fine. You will be on your way to becoming more than “just friends.”