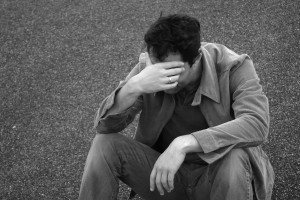 So I’ve known my close friend now for a number of years, and as I’ve said he is a really great person, but just so happens to be very hard-headed as well. He, just like a lot of needy men, has grown up a certain way, under certain values for so many more years than I have known him. He has been raised with certain beliefs whether through pop culture, television, movies, or even his family, on how to treat women. He has that image in his head, of the typical male movie character, romantically seducing a woman, and being nice to her, and making her magically fall in love with him through his kindness. He’s been raised to believe that you have to treat any women, whom you’ve just met and have attraction to, like you treat your mother, and always agree with what she says, and never say anything that contradicts her.

He believes that by being nice, and buying her things, and taking her to fancy restaurants, and giving up all his time and energy for her, and doing whatever she decides she wants to do, that the girl will fall in love with him. He truly believes that he has to give a girl everything he’s got (money, time, resources, desires, beliefs, and opinions) in order to have the girl like him. This is his sole issue.

My friend over-compensates for what he doesn’t have, and this is his main issue with women. He has certainly gotten better, over the years, and learned a lot about how to attract women, but I still see him making the same mistakes over and over again. He ruins relationships by being too nice. Women do not want a man who treats them like their mother, they want a man who treats them like a woman. A man who can stand up to them and be their equal: a partner in life. My friend puts every single woman he meets, on a gigantic pedestal, and becomes more like a servant to them, rather than a spouse. He tries to make up for a few insecurities he has, thinking that if he buys them things, and allows them to have everything he has, that they will love him.

This is the worst approach when it comes to meeting women. He skips the attraction phase completely, the biggest part of the entire equation, and goes right to the comfort phase when it comes to women. So all his relationships are bound to fail. It’s like building a house without laying down the foundation. My buddy makes a connection with a woman, only his connection is insincere, and it encompasses only him trying to please her, not each trying to please one another. He goes right to the comfort phase, and although the woman lacks attraction for him, she stays with him, and basically uses him for the resources that he has. It happens time and time again. His relationships will last a little while, and then when the woman has used up all his resources, i.e. money, time, work, etc. she leaves him, and seeks a true relationship, with someone else. A relationship where she can be complete, and a relationship were she is attracted to her partner, not one where she is using her partner.

So if you’re reading this my friend, try to find that balance within yourself. Try to find that true self-confidence deep inside you, which is awaiting you. You have it already; you just have to summon it. Being too nice and needy at first to women is not the answer. Being too mean at first is not the answer either. Being a true gentleman, and becoming the man you really are is the answer. Just be honest with yourself, don’t try to be someone you’re not. Women will love who for who you really are.