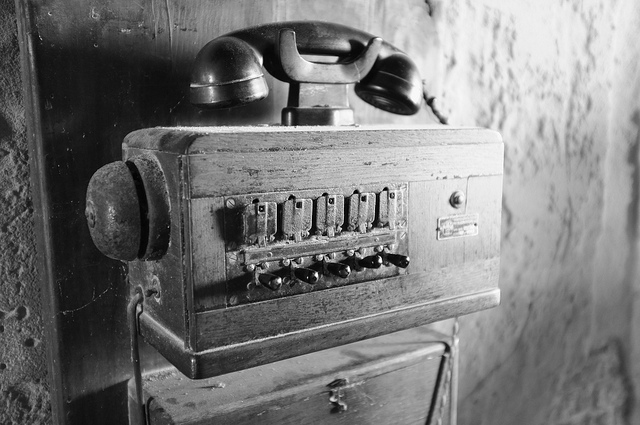 The following post is a guest post by UK-based dating and relationship expert Laura Yates. Laura specializes in helping men and women overcome break-ups and heartbreaks.

When it comes to getting over a break-up, one of the hardest challenges is undoubtedly getting a handle on your feelings towards your ex. Should you keep in contact, should you hold off, how do you stop obsessing over them? I completely get it; when the person you love is suddenly no longer there it creates such a huge void!

You have no idea how to fill that void, and so this is where those feelings of missing them, wanting to hear their voice, and needing to see them kicks in. Even if it’s a situation where they treated you badly, you still pine for them. Sometimes fear of the unknown or being alone is far scarier than being in a mediocre or even bad relationship.

It’s nothing new to hear that after a break-up, it’s integral to cut off all forms of contact. But annoyingly, it is sound advice. Regardless of whether it’s completely over or if a chance of a reconciliation is possible, right now, you both need physical and emotional distance. A text message checking in to say hi might seem innocent enough, but even that isn’t giving you the space you need. After a break-up emotions are heightened. You need to fight through the temptation to contact her in order to get clarity and perspective of how things are in reality.

It’s not giving up…it’s actually quite the opposite.

Even though you miss your ex, having them out of your life will provide you with two very different pictures between the ‘now’ on your own and the ‘then’ when you were with them. It will clear any clouded judgement and enable you to heal emotionally, focus on yourself, and figure out what you really want and need. It’s a harsh time – a bit like going cold turkey I suppose, but if you’re prepared for that then you will be able to move forwards a great deal quicker.

But usually, even then, it’s not that simple.

The reason why the contact issue is so difficult is because of the game playing. I had an email from someone recently who was in a state of complete confusion (and this situation happens a lot). His ex girlfriend had broken it off and is now seeing someone new. He was initially trying to stay in contact with her, only to be ignored by her. Once he accepted it and refrained from contact any more she contacted him out of the blue to see how he was.

She’s still seeing her new guy, and so of course this threw the person who emailed me into complete emotional tailspin and heartbreak once more. He’d worked so hard to move forwards and she ruined that with one phone call that didn’t have any purpose and only reminded him more of the rejection he’d experienced and what he’d lost.

There are a few reasons why this happens and how I suggest you handle a situation like this. And also, how you could approach or better understand the whole contacting/not contacting scenario:

This example above proves that so often, when you resist contacting your ex, it provokes them to contact you because you throw them off and they start to feel unsettled, even if they broke it off with you and have moved on. Whilst you keep contacting your ex, they know they have the power. They know that they can date other people but still be on your mind, which in a strange way can provide comfort to them, even if they might not want you. When you take control and avoid contact it unsettles them, which often results in an out of the blue text or call.

This sounds like manipulation or game playing, which it is – but often isn’t the intention. More so, it’s our psychological coping mechanism after a break-up. However, if you’re in this situation and your ex who you’ve worked so hard to get over has suddenly got in touch but with no real purpose, the one thing you must keep in mind is that you need and can take control of your own actions.

If you don’t want to be rude simply respond with a neutral, non-engaging message saying that you’d prefer not to have contact for a while. Responding to her with emotion is not congruent with moving on with your own life and it will tell her a lot about where you’re at. It will make her see you differently. So no more calling for a catch up or ‘just to see how she is’, nothing at all. Unless children are involved; but that’s a different situation of course.

Take control and don’t be a victim

It can be very harsh to accept if your ex is seeing someone new. And unfortunately you can’t change that. If there is one way I suggest you look at this it’s this; do you really want to be the guy that she calls because she’s feeling guilty or feeling sorry for you? Or wants to keep her options open with you whilst being with someone else? You are better than that and if there is any way that will make her see you as so, it will be when she sees you being emotionally unresponsive and getting on with your life without her – doing things, having fun, going for what you want.

Don’t give into the constant overanalysing of why she got in touch if there was no solid reason behind it; particularly if she finished it, is seeing someone else, or even if you don’t know what is going on with her. Only she knows what’s going on in her mind and it’s not your job to figure out.

Choose to obsess about something else

Instead of obsessing on your ex, commit to obsess about something else. But make it a positive thing. This can be anything at all but something for you that allows you to grow or achieve. To shift the focus. What is one thing that you’d really like to do, try, or work towards? An example could be something fitness orientated. Even if it’s only a small goal. Try and commit to working on this on a day-by-day basis so that it doesn’t seem overwhelming or impossible.

Be honest in your part

If your ex finished with you or even if the relationship broke down and you both had a part to play, use this time alone to face up to your stuff and sort it out. Maybe you seem to have the same consistent issues in relationships that keep damaging them time after time? Now is the time to do something about it because if you don’t nothing will change. Actions always speak louder than words don’t they? Sometimes we can use the fact that we’re broken hearted to turn us into victims when part of the reason why we’re heartbroken is because of what we did.